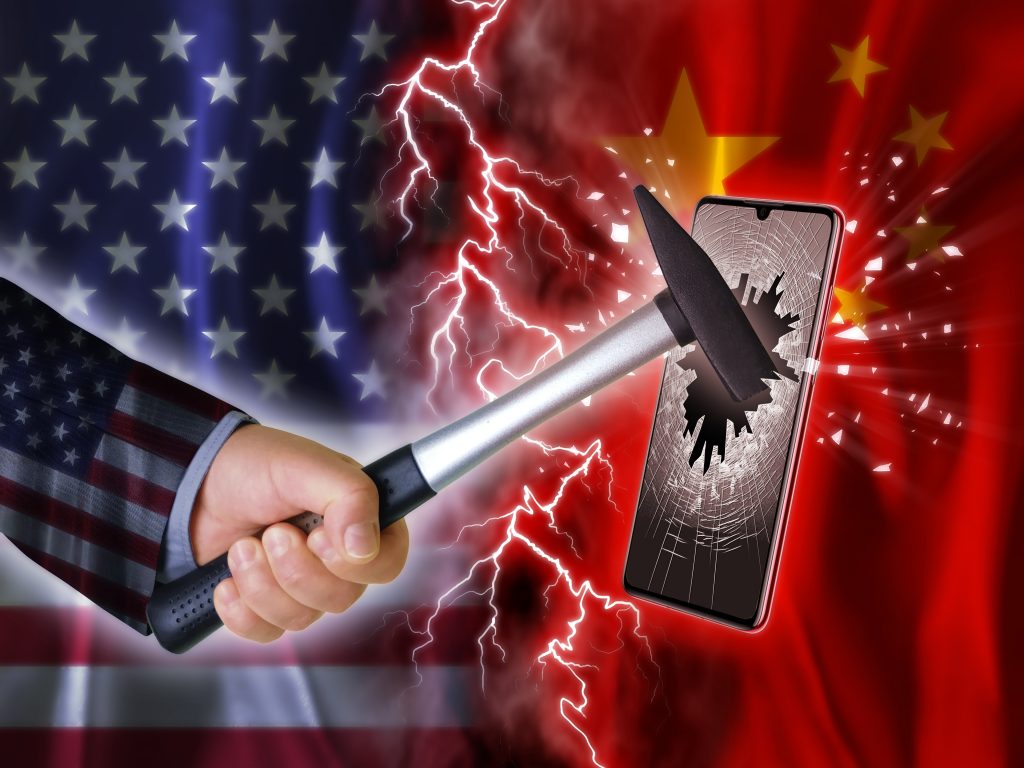 US companies are trying to circumnavigate restrictions preventing trade with Huawei. Huawei has recently been placed on an ‘entry list’ ban, preventing goods or parts with US origin being traded with the Chinese tech giant. Huawei has been accused of trying to export Chinese surveillance into Western markets through its current dominance of the emerging 5G market.

US companies are reported to be continuing trade with Huawei by not labelling their goods or parts as ‘American made’. Under current restrictions, US exporters can continue to sell goods or component parts to Huawei so long as they are made in other countries or not made with 25% US-originated materials. According to the Wall Street Journal, Micron Technology, Qualcomm and Intel are among the companies still selling chips to Huawei.

These chips are key components in Huawei’s production of smartphones and other electronic devices. Huawei spent nearly $11 billion on US technology in 2018.

Increasing tensions between government and industry

The USA government added Huawei to a list of companies barred from trading with American companies unless a special licence is gained. This restriction has prevented Huawei from purchasing chips from American suppliers.

The ban has been met with a backlash of anger from the US tech industry and exports to Huawei and other Chinese companies came to a standstill following the its introduction. Huawei has claimed that the ban has could cost them $30bn in revenue over the next two years.

Companies can still trade with Huawei until mid-August, but a ban on products intended for future Huawei products is already in place. Many US companies have contracts with the Chinese vendor and are now looking to find ways around restrictive regulation in order to fulfil them.

The US government is said to be away of the reports that major tech companies are still finding ways to send goods to blacklisted Chinese companies and are frustrated with the industry’s opposition to its attempts to squeeze Huawei, who it perceives as a major security threat.