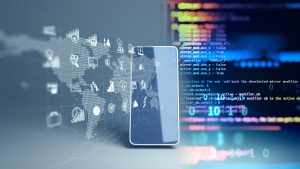 The US Administration have introduced a review system for technology companies going into the USA using a foreign adversary to avoid future complications such as the Huawei fiasco.

On 26th November 2019, the US government announced a new review system in which any Information/Communications Technology or Service (ICTS) companies looking to carry out transactions in the US under a foreign adversary can be government-interjected at any point.

The transactions that could potentially be under scrutiny would have to meet the following criteria:

Who is a ‘foreign adversary’?

The President’s May 15, 2019, Executive Order defined a “foreign adversary” as any foreign government or foreign non-government person determined by the Secretary of Commerce to have engaged in a long-term pattern or serious instances of conduct significantly adverse to the national security of the United States or security and safety of United States persons.

Transactions that involve the acquisition, importation, transfer, installation, dealing in, or use of ICTS by any person, could have a review initiated on them by the Department of Commerce. This can be triggered:

(1) at the Secretary of Commerce’s discretion;
(2) by request of other Government Department/agency or the Federal Acquisition Security Council; or
(3) based on information submitted by private parties to the Commerce Secretary.

Could companies defend their transaction?

Yes, but there may be very little time. Commerce is not required to advise companies of their problematic transaction until it has reached a preliminary decision which once they are notified, they have 30 days to defend their transaction.

The Department of Commerce can fine entities up to $302,584 (adjusted annually for inflation) or twice the amount of the violation transaction (whichever is greater).

One of the concerns that have been flagged from the introduction of this review system is how Congress was bypassed in the decision making process. The President relied on his powers under the International Emergency Economic Powers Act (IEEPA) and two other statutes to declare a national emergency in Executive Order 13873.

Executive Order 13873 was introduced earlier in the year declaring a national emergency with regard to:

The question that stands is whether this system would have passed Congress had it been introduced as legislation?