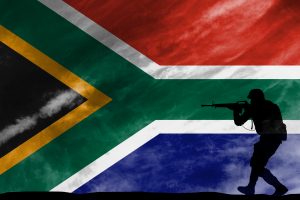 A requirement for buyers of South African exports to agree to inspections, contained in the end-user certificate documentation, is coming under fierce scrutiny from trade unions. The requirement also requires buyers to pledge not to transfer weapons to third parties.

The Aerospace, Maritime and Defense Industries Association of South Africa is calling on the government to drop the requirement, claiming that the clause had blocked around $1.7 billion worth of exports.

It also claimed that 50 – 60 billion rand in future businesses and up to 9,000 jobs in the industry were at stake.

Governments in Algeria and Oman have refused to sign the documentation and it is also holding up shipments to Saudi Arabia and the United Arab Emirates, who make up a third of the country’s arms exports.

The strict rules on arms exports were bought in following the establishment of democratic rule in 1994. Defence was one of the most important industries in the apartheid regime and subsequent governments since have reformed the industry to make export approvals subject to human rights considerations.

Saudi Arabia and the United Arab Emirates are indeed currently engaged in the brutal war in Yemen and have been accused of selling on weapons to Yemeni allies.

The Solidarity trade union said in a statement:

“The government’s uncompromising stance on this issue will inevitably lead to client countries withdrawing their business from South Africa. Importing countries are reluctant to sign the certificate in its current format, which indicates a bleak future for further arms exports and job security in the industry.”