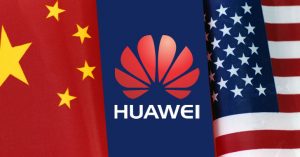 The USA’s efforts to block Huawei from gaining market access continue to be frustrated – something we first posted about in the summer. In May 2019, the US government put Huawei on its trade blacklist, also known as the entity list.

This followed longstanding suspicions that Huawei’s unrolling of 5G networks in the West were part of the Chinese government’s broader plans to uncover key national security information from rival governments and gain mass consumer information from Western markets. This comes at a time of significant trade tensions between the USA and China.

According to the Commerce Department Secretary, Wilbur Ross, the telecoms giant has been encouraging its suppliers to violate US laws by moving parts of their supply chains offshore to avoid US sanctions.

He told Reuters that Huawei has “been openly advocating companies to move their production offshore to get around the fact that we put Huawei on the list.”

He added: “Anybody who does move the product out specifically to avoid the sanction… that’s a violation of U.S. law. So here you have Huawei encouraging American suppliers to violate the law”

The US government has noted its frustrations at the limitations of blacklisting Huawei, with US companies continuing to sell to the company. The US government is now reportedly looking at ways to expand its powers to prevent the further shipping of US technology to Huawei.

To do this it is looking to strengthen to key rules, including the ‘De minimis Rule’. This rule controls the threshold of US content in a foreign-made product for the government to block its export. This is currently set at 25% – meaning that if more than 25% of the content of the export is American content, the US’s export rules can be applied to it.

It is thought that this could be lowered to prevent the further circumventing of US control regulations by the offshoring of parts of the supply chain.
Ross said: “Whether 25% is forever and all time the right ratio, that’s something to be resolved.”