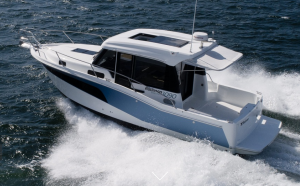 Spanish shipping company Rodman have been classing military vessels being exported to Morocco as rescue vessels in an attempt to avoid arms export controls, according to media sources.

The company sent many of these ships to Morocco between 2007 and 2010, though many of them were sold for use in fishing grounds in the Western Sahara.

“These Rodman 101s are assumed to have been exported as “naval vessels” or “naval rescue” vessels, although they are equipped with a 12.7mm machine gun. According to Spanish and European legislation vessels with military equipment are subject to special procedures when exported.”

The vessel sales were not recorded as military exports with the Spanish Ministry State for Trade, with records only showing that ‘maritime or rescue ships’ were being sent to Morocco by Rodman.

“Founded in 1974, the Rodman group is the oldest Spanish company in its sector. With over 14,000 boats having been constructed to date, Rodman are the indisputable leader of the Spanish nautical division.