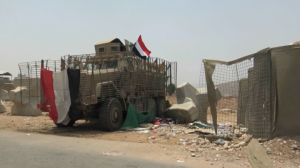 The US government is investigating findings that American-made weaponry is being used by rebel fighters and separatist militia in Yemen. A joint State-Pentagon visit to the UAE was carried out in September to check the use of Mine-Resistant Ambush Protected vehicles (MRAPs) sold by the USA.

CNN has been conducting an ongoing investigation into its claims that American-made MRAPs, sold to the UAE and Saudi Arabia, have been transferred to al Qaeda-linked, Iranian-backed rebels and separatist militias – factions who are fighting against the internationally recognized Yemeni government forces that the USA supports.

This transfer would represent a violation of the agreements that the UAE and Saudi Arabia have had with the US government.

CNN has recently obtained a letter from the US State Department that says that both US allies have given ‘continued insufficient responses’ to the department’s joint investigation alongside the Pentagon into the unauthorised transfer of weapons in Yemen.

A peace deal was signed between UAE-backed separatists and the Saudi-backed Yemeni government in November, which has de-escalated some of the fighting in Yemen.

However, the brutal war has killed hundreds of thousands of people, with three quarters of the Yemeni population in need of humanitarian assistance according to a United Nations report.

UK sales of arms to Saudi Arabia have also been called into question in recent months, due to their use as part of the Yemeni conflict.