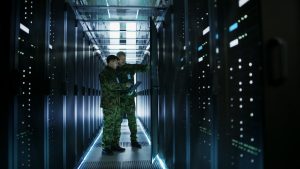 The Wassenaar Arrangement has been established in order to contribute to regional and international security and stability, by promoting transparency and greater responsibility in transfers of conventional arms and dual-use goods and technologies, thus preventing destabilising accumulations. The aim is also to prevent the acquisition of these items by terrorists.

Under the new provisions to Military List item 21, software designed or modified for the conduct of military offensive cyber operations will be controlled as a military technology.