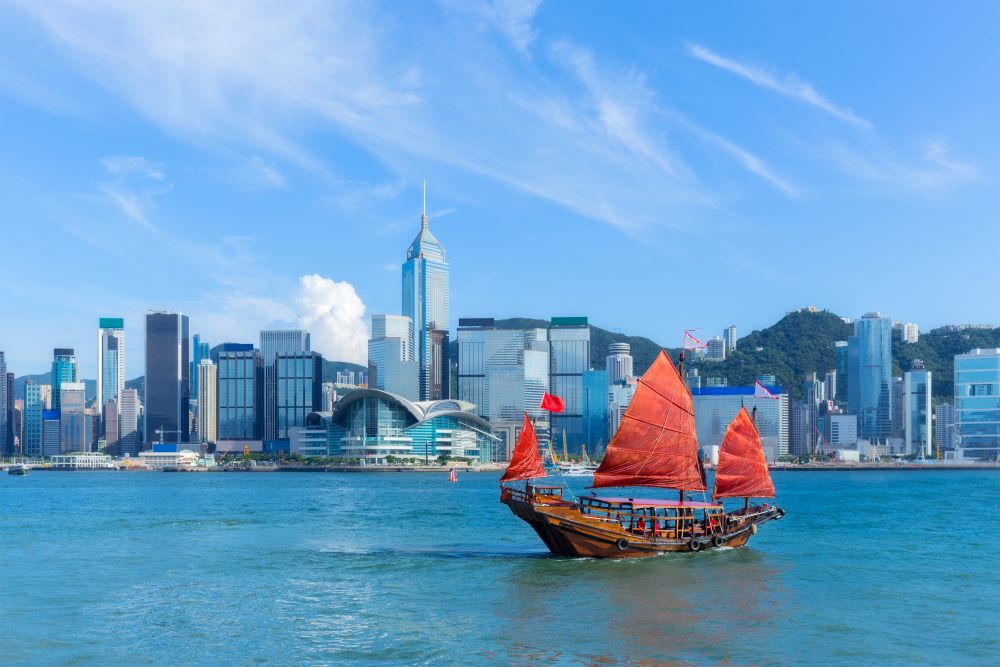 The government has announced changes to licensing rules for exports to Hong Kong which could make it harder for UK companies to export a wide range of ‘strategic goods’ to the city-state.

The changes come after Foreign Secretary Dominic Raab’s announcement to the House of Commons in July that the UK would be extending its arms embargo for China to Hong Kong.

This change of policy came amid escalating tensions over a controversial security law the UK accuses China of imposing on the city.

In July, Raab said the UK would extend to Hong Kong an arms embargo which has applied to mainland China since 1989.

“To be clear the extension of this embargo means there will be no exports from the UK to Hong Kong of potentially lethal weapons, their components or ammunition,” he said.

“It will also mean a ban on the export of any equipment not already banned, which might be used for internal repression, such as shackles, intercept equipment, firearms and smoke grenades.”

An OGEL allows the export or transfer of goods, software or technology from the UK to any of the countries listed in the licence.

They are more flexible than individual licences, subject to fewer conditions and less scrutiny, and can be used for multiple territories.

OGELs are no longer an option for companies exporting goods such as chemicals, sporting guns, information security items and a range of ‘dual-use’ items – goods which could have both a non-military and possible military use – to Hong Kong.

Companies will now need to apply for individual licences to export these goods to Hong Kong.

The move could have a “significant impact” on companies exporting so-called ‘strategic goods’ to Hong Kong, the chairman of the IOE&IT’s Export Control Profession Roger Arthey told the Daily Update today (5 August).

“OGELs – which you can register for and under which you send items – will no longer apply for many items being exported to Hong Kong,” he said. “People relying on those open licences will have to apply for individual licences to continue those exports.”

“These changes could have a significant impact on organisations exporting strategic items to Hong Kong. In such organisations, people need to study these changes carefully and apply for the necessary licences to continue their exports.”

He also said companies affected by export controls – selling to any market – should always stay on top of changing rules and regulations to ensure they avoid inadvertent non-compliance.

Relations between the UK and China have grown increasingly tense this year amid alleged Chinese overinfluence in Hong Kong and the UK’s decision to U-turn on a deal it agreed with Huawei for the development of its 5G infrastructure.

Raab said in July that the National Security Law passed in Hong Kong was a “clear and serious violation of the UK-China Joint Declaration, and with it a violation of China’s feely assumed international obligations”.

New advice for export control professionals in the UK, India, the US and (soon) on the cloud

For those working in the field of export control and licences, staying up to date with all the changing laws…