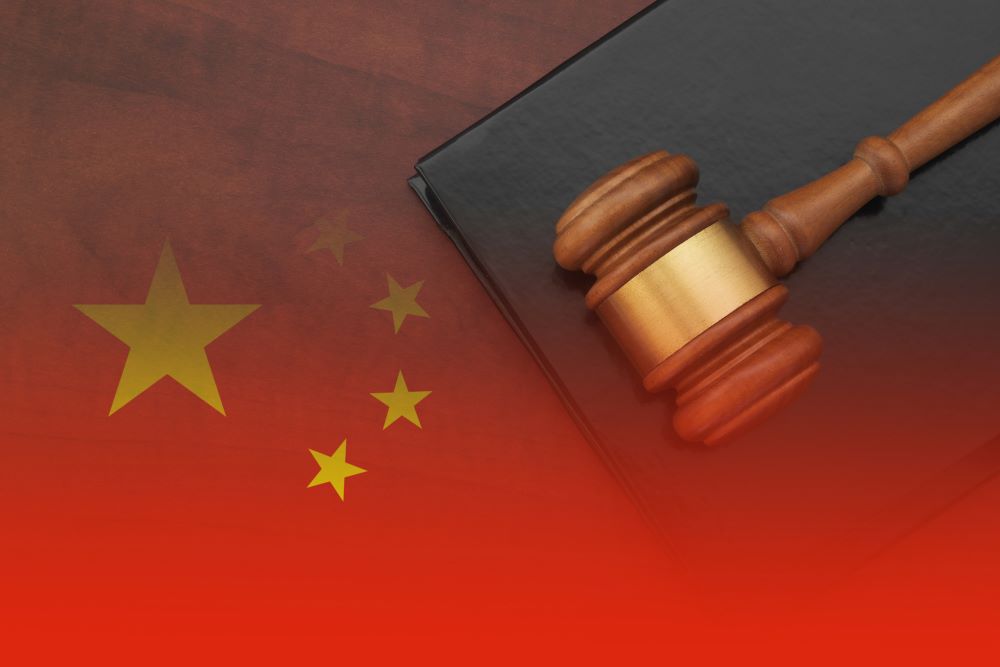 Written by Arne Mielken, board member of the IOE&IT Export Control Profession

Over the Christmas break the Chinese government unveiled a revised draft of their new ‘Export Control Law’ (ECL) during the Chinese National People’s Congress (NPC).

This reform did not make the news in Britain and has not even been a major talking point for companies trading strategic dual-use items with China.

However, not paying attention to the law changes could prove costly and disruptive for such firms.

Let’s have a look at the implications of the law and what UK firms can do now.

Towards a consolidated Export Control Law

If approved in its latest draft form, the ECL would be China’s first piece of legislation regulating all of country’s export controls in one place.

However, given the ongoing trade tensions between China and the US, many observers wonder if there are geopolitical considerations at stake, too.

China feels the full force of US legislation

The US has recently introduced the following to limit the trade between its businesses and China:

No wonder commentators believe China has been singled out by the US. Its companies are now at the receiving end of the full force of US export control legislation, which could potentially impact China’s economic prosperity.

Tit-for-tat: how can China retaliate?

China’s current export control law is not set out in uniform national legislation but is divided into more than five different laws.

The Ministry of Commerce (MOFCOM), the State Administration of Science, Technology and Industry for National Defence (SASTIND), the China Atomic Energy Authority (CAEA), the Central Military Commission (CMC) and the State Cryptography Administration (SCA) are all responsible for different aspects of these laws.

The General Administration of Customs (GAC) checks the paperwork and enforces the laws.

The new law can streamline and harmonise procedures but will also introduce new requirements.

What if China introduced extraterritorial controls like the US?

As proposed in the first version of the law, China had originally intended to extend the extraterritorial jurisdiction of its law to cover foreign-made products with Chinese content.

This is known as the ‘re-export control provision’ in the US and currently requires overseas businesses – including the UK – to attain American export licences, even if their products are not expected to enter, transit through or exit the US.

Could we even contemplate having to seek licence authorisations from China’s Ministry of Commerce every time a UK product containing controlled components from China crosses borders?

Luckily, the rules for the re-export of items incorporating controlled content exceeding the de minimis level that appeared in the 2017 draft were removed from the 2019 draft ECL.

Currently, we assume that UK-produced items with Chinese parts or technologies will not be subject to the ECL. Instead, more nuanced and focused export controls may apply.

Central to these controls is the status of ‘Export Business Operators’ (EBO).

According to Article 7 of the second draft of the bill, all “citizens, legal persons or other organizations exporting controlled items according to laws and administrative regulations” are EBOs.

An export would be defined as a transfer of controlled items from the territory of China – including Macau, Taiwan and, of course, Hong Kong. The executing parties can be either Chinese nationals or foreigners.

As in the US, an export can take many forms, including cross-border product sales, service delivery, technology transfer, overseas exhibition, repair, and donation. EBOs fall under this law and are subject to administrative and criminal fines for export violations.

It appears that the 2019 draft ECL increases the penalty for violations compared with the 2017 draft. The range of fine amounts to five to ten times the value of the illegal turnover.

Furthermore, for transacting with blacklisted entities the fine can be as high as ten to twenty times the illegal turnover. In a serious case, the business operation will be suspended and the relevant exporting certificate could even be revoked.

The 2019 draft ECL also introduces a blacklist and a temporary control mechanism, which together appear to fulfil a similar function to various lists in the US export control regime, such as the Entity List or Denied Persons List.

Entities on the blacklist are prohibited or restricted from being involved in any transactions related to the controlled items. This is problematic for US businesses that could get caught up in a ‘listing war’.

Can Chinese subsidiaries of UK companies still export if they are aware that their products may, directly or indirectly, end up with a US blacklisted company?

The export control considerations for UK businesses do not end here. Other aspects of the law – which could be enacted very quickly if approved – that could affect UK firms include new goods control lists, catch-all provisions and end-user to end-user controls.

UK firms will need to have robust export control processes in place to be able to adapt to any sudden change in Chinese legislation.

Arne Mielken is the managing director of Customs Manager Ltd.

An accredited customs and export control practitioner, Arne is a member of the IOE&IT’s Export Control Profession Board.

He has advised and trained clients across many sectors on dual-use and military export controls and sanctions, as well as advising on EU, UK, US and Chinese export controls

He holds a BA (Hons) in International Business and Modern Languages, a Euromasters Degree, a Diploma in World Customs Compliance and Regulations, and has an Executive MBA.

Mielken speaks English, German, French & Spanish and can be reached via LinkedIn.